But what in the world is terrorism? Dzokhar Tsarnaev has been accused of setting off two bombs at the Boston Marathon, killing three. In the ensuing hunt, a fourth person was killed, along with Dzokhar’s brother. Over 100 people were injured. This is terrorism.

Adam Lanza walked into the Sandy Hook Elementary School armed to the teeth, and killed twenty-six people, including 20 children. The incident has been called “mass murder.” But it is not terrorism. Rep. Peter King (R-NY) never suggested that people of Lanza’s race or religion ought to be subjected to additional scrutiny, based upon their ties to terrorism.

In late July of 2012, James Holmes, his hair dyed orange in apparent homage to the Joker, walked into a screening of The Dark Knight Rises, set off tear gas grenades, and then shot into movie’s audience, killing 12, and injuring 58. That might have been “mass murder,” but it wasn’t terrorism.

Why the terrorism label is so important is that we treat terrorist attacks differently. We are shaken up by incidents of mass murder. But there’s a special place, in whatever part of our mind produces nightmares, for terrorists.

That’s why, when Peter King claims that Muslims ought to be placed under special surveillance, we don’t demand his resignation. If we were looking to be told that in exchange for our freedom, and the character of this great nation, we could buy the illusion of security, we would be right to listen to Peter King. If we had no desire to fix the problem, perhaps we would not cringe seeing Erik Rush suggest, on Twitter, that we ought to kill all Muslims. But if we were interested in being forward-thinking, in coming up with real solutions to what we really believe is a real problem, we would disregard people like Pat Robertson, who compared Muslims to Nazis.

Instead, we might pay attention to an important study produced by the New America Foundation in conjunction with Syracuse University’s Maxwell school, based upon information acquired by the FBI. According to that study, there were 380 people indicted on terrorism related charges in the United States between September 11, 2001 and December 2012. Of those, 207 were labeled “jihadist” terrorists. In other words, 207 were aligned with militant Islam in the model of Al Qaeda. The rest, 174, were “non-jihadist,” and included right-wing extremists, left-wing extremists, environmental activists, animal rights activists, and anarchists. But 51 right-wing extremists and 5 anarchists were able to acquire explosives or bomb-making components. By contrast, only 23 jihadists were able to acquire explosives or bomb-making components. Since 9/11 (and not counting the Boston Marathon bombings), at least 29 people have been killed by non-jihadist terrorists, while 17 have been killed by jihadist terrorists. Only 5% of jihadist terrorists carried out violent attacks before they were indicted, compared with almost 50% of non-jihadist terrorists.

If we focus on terror, to the exclusion of other “mass murder” events, we would miss 90% of the mass murderers; and if we focused on mass murder, to the exclusion of plain vanilla murder, we would miss 99% of the murders that occur, in this country, in a given year. Our expenditure of resources is, to quote Shakespeare, “bass-ackwards.” (Admittedly, that quote is not really from Shakespeare).

All of this comes against the backdrop of a national debate about the ever-widening use of drones in the War on Terror. Senator Graham has suggested that the War on Terror is a global struggle without any clear end, and that certain rights are therefore forfeit for the time being. In the mean time, we’ve expanded our involvement in the affairs of other nations. By some calculations, a majority of our drone strikes cause one or more civilian casualties. A reporter from the McClatchy Corporation, Amina Ismail, bravely asked Jay Carney, during a White House briefing “Do you consider the U.S. bombing on civilians in Afghanistan earlier this month that left 11 children and a woman killed a form of terrorism? Why or why not?” The question could not have been asked with the hope of getting an honest answer. And no honest answer was given.

But it is a question that we ought to ask ourselves before we allow the word “terror” to justify our continued betrayal of all things American, and before we further allow the patriotism of any of our fellow Americans to be impugned. What is terrorism? Why does it matter so much? And what is the most American response to it? Perhaps we would preserve more of our national character if we used language to convey truth, rather than to confuse truth with excess emotion – if we didn’t pretend that calling something “terrorism” justified limitless expenditures, and limitless offenses against our Constitution. 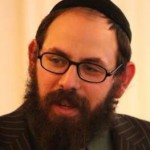