On December 18, 2011, Vaclav Havel the longtime Czech dissident passed away. Havel’s role in the Velvet Revolution – the uprising of Czechs and Slovaks against their government is one of the great ironies of that autumn of 1989, when the Iron Curtain fell.

In a turn of poetic justice,Havelin a matter of weeks went from a prison cell as a political prisoner to President of Czechoslovakia.  He chased his former tormentors from office in a popular revolution and then replaced them in office, in hopes that he would succeed at stripping the power to torment from that office.  But during the 1960s, 70s, and 80s few in society had any idea that the government would collapse.  It was a great surprise to many when that collapse took place.  Opposing the government was opposing an entity that looked like it would be omniscient and omnipotent for all eternity. Havel’s death has caused me to ask myself “Would you have stood against such an entity?”

His plays were not welcomed by the censors to be part of official culture – government didn’t want him having a voice. He couldn’t go to university because his parents were considered class enemies. Havelwas unable to find work that matched his artistic skill set; that wasn’t because of job shortages, but because the government didn’t like him and got to control who worked.  In Communist Czechoslovakia, where unemployment was illegal, you either went to work or you went to jail.

How many people would today act on conscience, knowing that doing the right thing might not only land you in jail, but would prevent you from travelling abroad, prevent you from success in your career, and prevent your children from attending the university of their choosing?   All were considered legitimate punishments for standing against the government.

Today in theU.S.it is controversial to simply speak a name like Ron Paul or to share a pro-freedom viewpoint on a host of topics from guns, to healthcare, to the FDA.  Anyone who would speak pro-freedom viewpoints on such topics is seen as a kook. This isn’t bold action I’m referencing; it’s just talking.  We have somehow found ourselves in a place in the history of the “land of the free and home of the brave” where talking is controversial.

There are some freedom-lovers who believe Ron Paul is the answer, yet giving to Ron Paul’s campaign is too great a task for those same freedom lovers.  To speak his name to family and friends is too great a challenge.  We are called today to move in such effete ways that we can barely even rise to the challenge of.  It’s part of our situation in the world today where so many feel that no single moment in life seems to matter.  When compared to a man likeHavel, nearly anything we do through a ballot box will appear minimal.

In his Civil War, Julius Caesar talks about his rationale for invading his homeland and destroying the 500-year-oldRoman Republic .  He had felt insulted by its government.  He had been dishonored.  I realize that he is the dictator in history’s eyes, the tyrant killed by his buddy Brutus, but can you imagine someone doing that today?  Can you even picture that an American would feel dishonored by the U.S. Government and resolve to invadeWashington D.C. ?

No. Few of us will take any real risks in favor of freedom.  If you’re a daring person you might obediently protest in a free speech zone, holding up some slogan and avoiding the even more socially risky behavior of talking to a fellow human being about ideas that are important to you. You will shout slogans at strangers, but you might not have the courage to sit down with your grandma and have a conversation (which by definition involves both listening and expressing). Again, that’s because talking is controversial.

What would you have done inHavel’s homeland in the last century?  Would you have hidden Jews when society tended to be anti-Semitic and government punishments for aiding Jews were severe? Would you have been the one who didn’t send his children to indoctrination camps as a “pioneer” even though everyone else was doing that, even though being a pioneer would help your child secure a spot in the Party and to later find a good job?  These are factual situations of the past, but are intended as metaphor.  The greatest task a person of conscience is called to is to rise to the occasion in his own times.

Our times today do not equate to those times.  It’s hard to find comparison.  No party rules all aspects of life.  There is no deportation of Jews.  There are other ills in the world, but those ills won’t be clear to most of society without many years of hindsight.  Distance makes the black and whites easier to recognize.

We can force our actions into an ideology of freedom that has been tested over time – constantly being against all government encroachments on freedom.  But even blanketed inside such an ideology, you will not protect yourself from the know-it-alls of the future who judge you with 20-20 hindsight.

When you truly take a stand you likely find yourself risking life, fortune, and position.  The last of those is the most difficult.  It’s relatively easy and romantic for a person to give his life.  It’s easy for a person to give his wealth. What can be hard to justify is the lost opportunities that you will never regain when you are punished with a loss of position.  By sticking your neck out, there are opportunities you lose.

I don’t know what I would have done.  I would like to think that I can be theHavelof our day. I would like to think that I am constantly on the watch for injustice and do my best to remove myself from participation in that injustice.  The deaths of dissidents likeHavelgive us time to reflect.  For a week in December, every newspaper in the world was eulogizing Havel, giving us a special time to see into the past of communistCzechoslovakia.

This gives us a moment to ask ourselves  – “What would I have done?”  and more importantly “What should I be doing?

Allan Stevo is a writer from Chicago and author of the newly released grassroots manual _How to Win America for Ron Paul and the Cause of Freedom in 2012_ available at Amazon Create Space for purchase.  Stevo campaigned for Ron Paul in nine states in 2008, ran for U.S. House on Ron Paul’s platform, and writes regularly on numerous pro-freedom websites.

This piece was first published at the Cobden Centre. 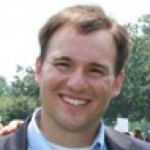