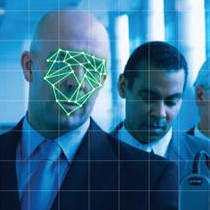 San Francisco is serious about enforcement; so serious, in fact, that it is dedicating two to four park patrol officers at once during the 24 hours of the day at the city’s 220 parks. 56 dog walkers have managed to navigate the bureaucratic maze and obtain their licenses so far, and the city predicts that 300 or so dog walkers will eventually obtain their licenses.

In Chicago, the police are now using facial recognition software to arrest suspects. With 24,000 closed-circuit television cameras, the gun-free zone of Chicago (coincidentally leading the nation in firearms homicides) is overtaking New York and London for 1984 style police surveillance.  The Chicago Transit Authority has been blessed with manna, not from heaven, but from the Transportation Security Agency’s $5.4 million grant to aid with the facial recognition program.

The program, NeoFace, is a product of NEC Corporation, which advertises “facial recognition as an effective and non-intrusive tool for identification.”  It is present in 30 countries, but Chicago is only using the NeoFace program to engage in facial matching for pre-recorded video rather than real-time surveillance.  Well, when the people of Chicago actually rise up and demand a city government that deals with the epidemic violence instead of focusing its efforts on panhandling arrests, the program will be reconfigured for real-time surveillance of activists.  After all, those activists and their political change represent a real threat to actual government power.

In the meantime, Washington, D.C. is also deploying the same facial recognition techniques to footage from their 150 speed cameras, 50 red light lenses, and 120 closed circuit television cameras.  One of the future D.C. mayoral candidates told the Washington Times he was looking to add real-time capability to his city’s surveillance apparatus.  After all, speeding really hurts the population of D.C., which also has a violent crime epidemic.  Well, perhaps not, but it does make money!

In South Carolina, Florida, and elsewhere, schools are deploying iris scanners to make student IDs.  Winthrop University’s most recent freshman class underwent iris scans to make their student IDs, which will be used to control their library privileges, lab entries, textbook purchases, and meal plans.  Washington County, Florida, has rolled out fingerprint scanners, and Superintendent Sandra Cook calls the program “one of the most monumental things Washington County has ever done.”

Should you decide to resist, you will find that resistance is futile, if researchers at Southern Methodist University have their way with the Panoptes devices, which will be used to identify the irises of non-cooperative subjects.  The way it works is simple: even if you don’t look into the camera or scanner, Panoptes focuses on your face, then zeroes in on your iris to scan and identify you regardless of the angle of your face or your attempts to elude identification.  A wall-mounted camera would suffice to scan you without your knowledge.

All of this is being built with your tax dollars via a Pentagon grant to SMU, and the Pentagon likes the technology so much that they’ve given SMU another $1.6 million of your money to further refine Panoptes.

Everything that can be used to identify you, from your veins on down, is being rolled out in schools and municipalities around the United States.  Your children are being conditioned at the school level, and the technology that will break new paradigms in the future is being developed and deployed without an informed public debate in secret. But don’t worry, because Brian Hunt, the Army’s chief of the future applications branch in the Biometrics Identity Agency, refers to such private sector programs in glowing terms:

“What we are seeing is shining points of light, organizations moving out and doing things within the current policy that will enable future policy to be written. If you can show you can do it and you’ve respected all the policy concerns, systems of records notices and if you have safeguarded identity, you’ve opened the door for policy makers to relax a bit and to write policies [that keep up with technology].”

Government agencies rightly recognize that the private sector’s use of biometrics will pave the way for a conditioned population, one that won’t protest when far more invasive future policies are written. What is more, their elected representatives won’t object, because the norms will have changed. Those students in Pinellas County and elsewhere will grow up to be adults who see vein recognition scans as something they grew up with.

That’s your re-truthing on the harder, faster, and stronger government of today and the future.  Their strength grows as your liberty recedes.

Banksters ‘Settlement’ To Be Announced Today Without Financial Penalties?