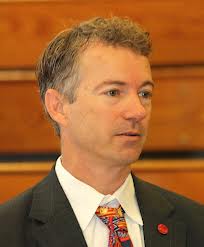 On June 30, 1870, 10,000 African-Americans gathered in Court Square in Louisville, where slaves had historically been sold and separated from their families.

They came to celebrate the passage of the 15th Amendment to the U.S. Constitution, which prohibited using race as a disqualification for voting.

George C. Wright recounted the event at Court Square in his book, Life Behind a Veil: Blacks in Louisville, Kentucky, 1865-1930. According to Wright, those gathered sang: “Come all ye Republicans, faithful and true, here is a work for you/The Democrat Party its race has run, to give a way for an era that freedom has won.”

It was the Republican Party that ushered in abolition, then emancipation and then voting rights. And blacks — virtually all blacks — became Republicans.

Democrats in Louisville, led by Courier-Journal editor Henry Watterson, were implacably opposed to blacks voting. Watterson wrote in the Courier-Journal that his opposition was “founded upon a conviction that their habits of life and general condition disqualify them for the judicious exercise of suffrage.”

Aid for the Haiti Disaster by Jake Towne