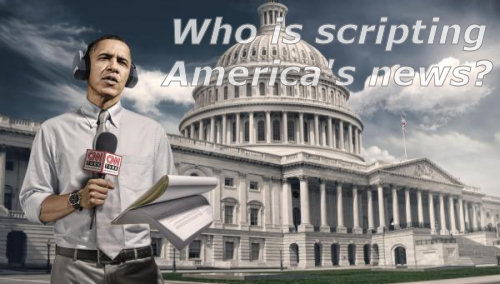 Welcome to the fourth volume of the News that isn’t News, where we aggregate the day in pointless for you to give your brain a warm bath in a steaming pile of useless, irrelevant information.  You’re welcome, America.

Our first story is the story that’s lighting up America, a country that fought a revolution to avoid having to give a damn about royal births, but still manages to care about the Duchess of Cambridge’s recent birth. That’s right, Kate Middleton gave birth to a bouncing baby boy, who will be automatically richer than you simply because of who his parents are.  CNN reporter and royal commentator Victoria Arbiter thinks that giving birth to a boy right off the bat makes Kate brilliant as a royal, because all those unintelligent royals who don’t decide right off the bat to have a boy are just daft.

“I can’t believe we finally, after all this waiting, know that we have a boy. My first thought, I have to say, was this is how brilliant a royal Kate is. There are women throughout British royal family history that have panicked over not being able to deliver a boy. And here we are — Kate did it first time.”

Girls are just not as good as boys.

Khloe Kardashian slammed her momager Kris Jenner for reasons I’m not quite sure of, due to the fact that I didn’t actually watch the video on the Huffington Post. You can if you want, right here. Jay-Z and Kanye are joining the Florida boycott, and soon LeBron will as well because he’s so bandwagon.  Wait, so Florida is racist, and therefore black rappers want to boycott it, which means that racists in Florida won’t have to deal with black rappers…oh, that makes so much sense now.

Sacha Baron Cohen will not play Freddie Mercury because he doesn’t feel you can make a movie that accurately conveys Mercury’s story as a gay man who died of AIDS without it being R-rated. Bathhouses and stuff, sodomy, and tight pants with bared hairy chests just don’t fit into a PG movie, which is what the members of Queen wanted.

Selena Gomez celebrates her birthday with duck lips and an open-mouthed friend in a pic on the HuffPo Entertainment page, and the pic is as far as I got in the article.  I give and I give for you people, but I have my limits.  Right-click, copy link address, boom.  In other news, Selena isn’t getting great reviews for her new album. You don’t say.

Here’s a picture of Lady Gaga naked. It will cure you of lust.

Bill Hader was interviewed on why he left SNL, which involves him saying a lot of expletives and explaining that he wanted to move to California.

In food, two Subway employees are in hot water with their employer after posting photos on Instagram showing them with frozen pee in a bottle and one of their penises on sandwich bread.  Eat fresh, people.  Seriously, unless you’re a freak of nature and your mom gestated next to a nuclear power plant, don’t put your schmekel next to a piece of bread that’s a foot long.  Also, Schmekel  is apparently the name of a transgender “Queer Jewcore” band that plays folk punk.

Oh, and there was a live blog of Kate Middleton going into labor on the Huffington Post.  No wonder the IRS scandal and Benghazi aren’t considered news in the left-wing media; we have penis bread at Subway and Kate Middleton’s uterus.  Here’s a video about Prince Harry’s girlfriend, Cressida somebody, named after the old Toyota car model.  Bob Saget of Full House isn’t working much these days, which means he has time to feud with Danielle Fischel of Boy Meets World.

Speaking of people who are rich and without work, famed herpes patient Paris Hilton donned a monokini. Black unemployment is over 16%, and this is the news on the Huffington Post.

Nick Gilronan entered and won Brooklyn’s Smallest Penis Contest, or lost, depending on how you view these matters.  Gilronan says size doesn’t matter, and he works for UPS.  Gilronan hopes his victory will inspire other men with tiny penises to feel better about themselves. It won’t, dude. It just won’t.

Mark Fulk, a 21-year-old in Chesapeake Bay, Virginia, broke into the home of Jim and Helen Hardee wearing nothing but a towel, which he soon dropped in order to grab a knife and threaten the couple.  Fulk was apparently irritated at his inability to use the phone to dial 911.  Seriously, the IRS targeting political groups and candidate tax records, along with hiding illegal aliens with ITINs, is not news to the Huffington Post, but Mark Fulk’s naked B&E is.

Badminton is a sport for real men, as Bodin Issara demonstrated when he chased his former London Olympics teammate Maneepong Jongjit at the Canada Open in order to beat him down. Issara was apparently upset over Jongjit’s unretirement and subsequent pairing with another partner.  Hell hath no fury like a badminton partner scorned!

Our final story involves a Skinny Dipping world record attempt with 729 nude swimmers in Vera, Spain.  Hell, the unemployment rate is nearly 30% in Spain, and nobody can afford clothes anyway.  The event was held to bolster tourism in Vera, because you have to do whatever you can to get people to come to your town when the Eurozone is in tatters.

That’s the News that isn’t News, people, and the end is night. Please, God, let it be nigh.