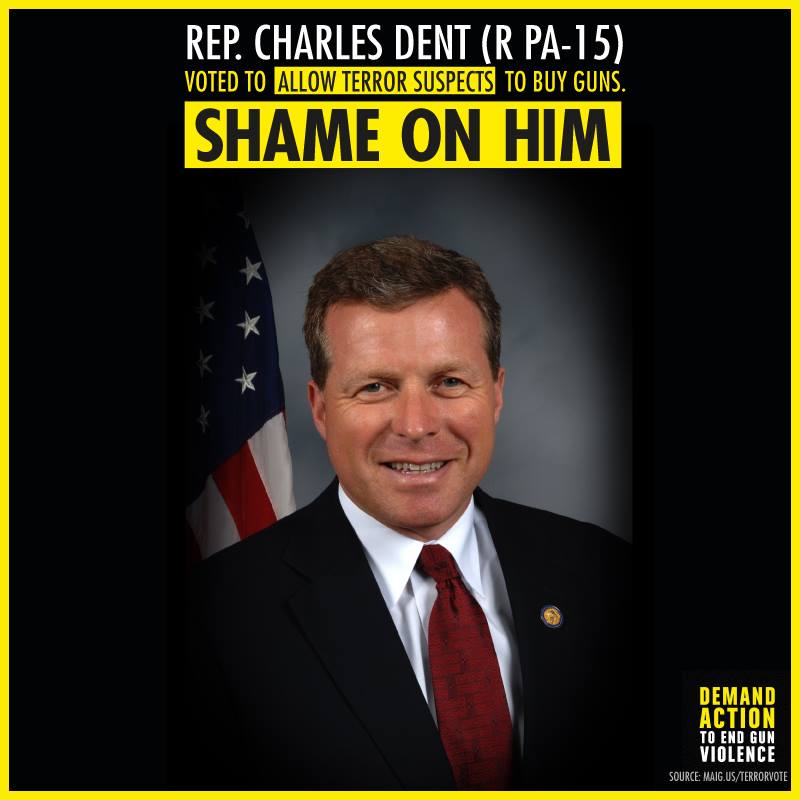 Charlie Dent is MY Congressman. It’s pretty well-known that I’m not his biggest fan. Personally he’s a nice guy but politically, he’s about as Conservative as, well, Chris Christie.

He is taking a firm stand for the Second Amendment and the anti-gun crowd is raking him over the coals for it. This particular piece of propaganda showed up on Facebook.

In response, Conservatives and Libertarians should give his office a call and congratulate him on a job well done on the 2nd Amendment issue.

Being suspected of a crime is not a reason to give up your Constitutionally guaranteed right to own a firearm. Heck, the Obama White House considers Tea Party members to be suspected terrorists.