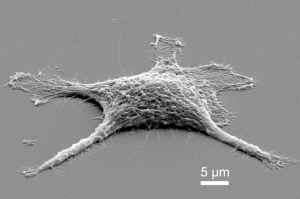 There’s a big and strange story popping up on many news sites; MSN, CBS and Huffington Post. They are talking about dead cells being brought back to life by scientists at Sandia National Laboratories and University of New Mexico. The cells are coated with a silica then heated up to 400 degrees which somehow creates living cells out of lifeless cells – Zombie cells. At the moment it appears this is contained and we are safe from human flesh-eating monsters taking over the Earth.

However, the CDC recently wrote a story Preparedness 101: Zombie Apocalypse  which is a spoof blog post based on the recent violent attacks by people who were eating other people alive, blamed on bath salts insanity. But does the CDC possibly have real reason to be concerned and is their blog post only half-joking?

With three exciting decades of life imitating art in technology we are seeing the emergence of robot and drone warfare similar to the Terminator movies. Companies like DARPA are leading the development of a robots that physically operate like animals and humans. We also are seeing robots that are being programmed to think for themselves, artificial intelligence.

Would Robots and the Zombies have their own version of the Natural Law? Obviously, they have been created by Humans and use of force is part of the creation. But who is responsible for them when they violate the human non-aggression principle? What principles would they live by?

It would seem clear that Robots are machines and have no natural right to life arguments, whatsoever. The likelihood of a killer toaster winning a self-defense argument after burning a human to death simply because the person was trying to unplug them or remove their microchip, is remote.

But what about organic living breathing Zombies? Let’s assume Zombies must eat living people to survive as in the popular TV show The Walking Dead. For Zombies this is ‘natural’, they are ‘born’ this way. So, does it violate their ‘natural born rights’ if we humans were to deprive them of this basic need?

For Libertarians whether Human or Zombie the right to life may be in serious conflict. Does the non-aggression principle apply to Human eating Zombies? The Zombie would argue they have to take a Human life as a natural right for their life to survive – just as Humans take the life of a plant or animal.

The Human has the right to defend his life against the flesh-eating Zombie ultimately having to kill them. Why would Humans argue they have no choice but to violate a Zombie’s natural right to life? As we know from Hollywood, the Zombie is relentless, he will camp outside your makeshift home at the local mall or prison until you make a stupid mistake and become Zombie food.

So who wins the natural right to your life argument?

This would ultimately have to be decided by the Supreme Court  and a case could be made for both sides. If Hollywood is the great predictor she seems to be and art becomes reality – the Zombie attorneys could possibly win this case.

It’s May 2032: Supreme Court case, Zombies of Atlanta vs. the People and the decision before the supreme court after a Zombie was killed while eating a Human – Who’s right to life is actually violated?

What happened in this case is a Zombie walked up to Grandma on the street and did what Zombies do, in turn Grandma shoved her knitting needle through the Zombie’s skull killing the Zombie. Grandma survived, of course, as a Zombie.

Let’s look at this case from the Zombie’s perspective, when a human kills a Zombie, their life is gone forever and their right to life has been permanently violated. The Zombie attorney tried to make the case that when a Zombie eats part of a human, life was not permanently violated.

In this scenario the Zombie only ate half of Grandma’s face off  and she kind of died but not really. The Zombie attorneys pointed out that she turned into a living, breathing Zombie. So though her Human life no longer exists, she experienced what Zombie attorneys called ‘life transference’. According to the Zombie lawyers, Grandma is still alive – though she may have a civil case as her face is disfigured. But according to Zombie fashionistas Bite-marks are Beautiful and Grandma-Zombies would never sue.

Many questions are still unclear as to how the criminal justice system would work for co-existing Zombie/Human culture.

Would we see both Human and Zombie appointments at the supreme court level?

If a Zombie is charge for taking the life of a human and tried before a jury of its peers would the Zombie jury be expected not to try to eat the plaintiff’s surviving family during the trial? And would the human victim, who is now a Zombie, try to defend his fellow Zombie?

Can Zombies and Humans work out their differences and come to a solid solution that allows each side to retain their respective natural rights?

Let’s just hope that DARPA and Sandia National Laboratories don’t team up and complicate things by developing a Zombie-Robot hybrid. 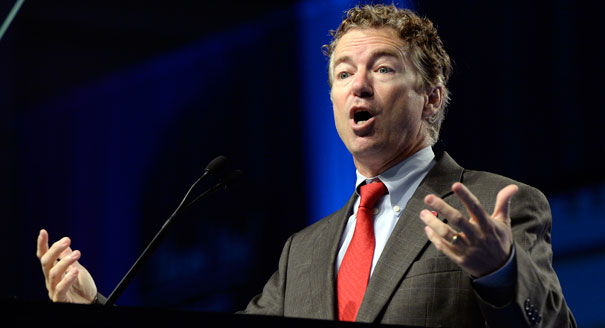 Rand Paul ‘War on Christians’ Speech an Act of Peace