An interview with Tisha Casida, an Independent candidate for the U.S. House 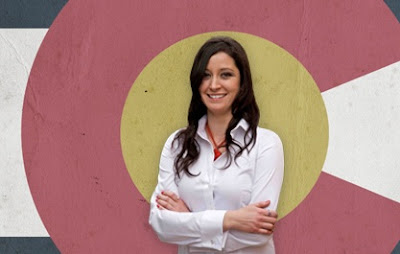 After she tried to put on a farmer’s market in her hometown of Pueblo, Colorado, Tisha Casida discovered that she had a different set of rules, regulations, licenses, and fees than the city-run farmer’s market. When she contacted her city council, county commissioners, and the city manager about the business and growth-strangling discrepancies and didn’t even get a single reply, Casida had had enough.

Now Tisha Casida is running as an Independent for the U.S. House of Representatives and I recently had the opportunity to talk with her on the phone about it. During our brief interview, I was absolutely captivated by the depth of her enthusiasm, her principled positions, her common sense policy prescriptions, and her eloquence in articulating and defending them.

Here’s what Tisha Casida had to say:

Read my interview at The Independent Voter Network

Gingrich and the Courts: No, Sir, That Ain't History

All those trilliions for a little white space

Feds Think They Have Won This Fight Against the Depression